Hewletts Mill dates back to 1780’s, even though there is mention of a mill on this site in the Doomsday book.  It is a Grade II Listed Building. The record from Somerset HER states:

Levediches mill was recorded in 1367. By the 18th century it was known as Hewlett’s, formerly Loadlinch mill, after William Hulet, the 1662 miller. By 1812 it included three dwellings. It was not recorded in 1861, but was in use again by 1881 having been partly rebuilt for steam power. Steam was abandoned before 1899, but milling continuted until the miller went bankrupt in 1915. In 1942 the house was sold with the old mill for conversion. In 2014 the mill was in residential use with a new wing. An iron waterwheel survived in the garden.

In 2010 Potential Energy were contracted to install a new water wheel which is used to generate electricity to power the house and garden. 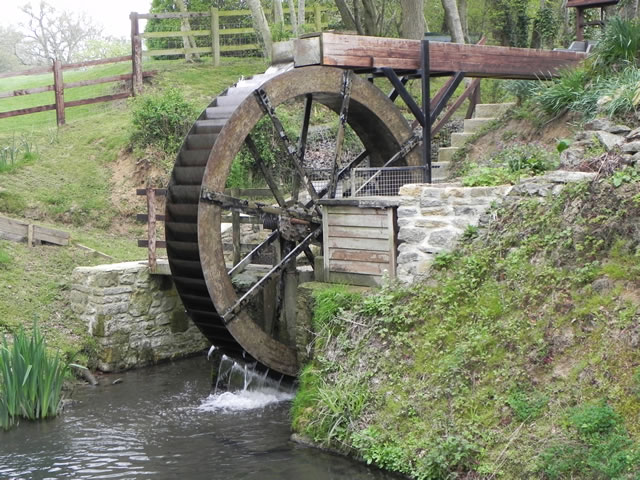