Once known as the Alauna8, the river is formed by springs which rise north of Higher Alham, the furthest north is that which rises near Withy Wood Lane just above Harwood Farm. The river flows for an approximate distance of 10 miles from source to the mouth at its join with the River Brue. It flows south through the steep sided Higher Alham valley to Higher Alham, past Alham House, converted in the 18th century from a watermill first mentioned in the domesday book and used as a fulling mill in 16851. It’s journey continues past Lower Alham Farm with its late 17th century farmhouse2 and on through Westcombe. At Westcombe the river passes through what was once the emparked landscape of the now demolished Westcombe House, which had been built in the late 18th century on the site of a woollen mill3. South of Westcombe the river passes Mill Farm once the site of Hanham’s Flour Mill4, and on through Batcombe Bottom to Spargrove where the mill, embanked leat and culverted tail race can be found.5. Its journey continues through Milton Clevedon, where there was a mill in 1086. In 1574 the mill was known as Galofers or Gullofers mills. The mill, which had two sets of stones, was rebuilt c. 1760 and stood beside Milton bridge on a millstream south of the Alham. It went out of use after 1851 and had been demolished by 1885.6.  Downstream of Milton Bridge are the sites of three further mills; a silk mill called Albion Mill, Lowell’s Mill which was a fulling mill in 1727, and Cutterne Flour Mill which was rebuilt in 1986.7 It continues on through Ditcheat, and Alhampton, before joining the River Brue at Alford.

On its journey to the Brue it is joined by several unnamed tributary streams. The first of which rises in the hills above Batcombe and then flows through Batcombe and joins the Alham near Rockwells Farm. The second rises south of Spargrove, the third rises in the hills above Westcombe, and the fourth in the Hills north of Stoney Stratton­. Further downstream it is joined by a stream originating in Prestliegh which flows south, west of Evercreech and joins the Alham at Redlands Farm. At Arthur’s Bridge the Alham is joined by a stream which originates on Easton Hill. North of Bolters Bridge a stream joins, part of which originates south of Ditcheat and the other part at Stone. 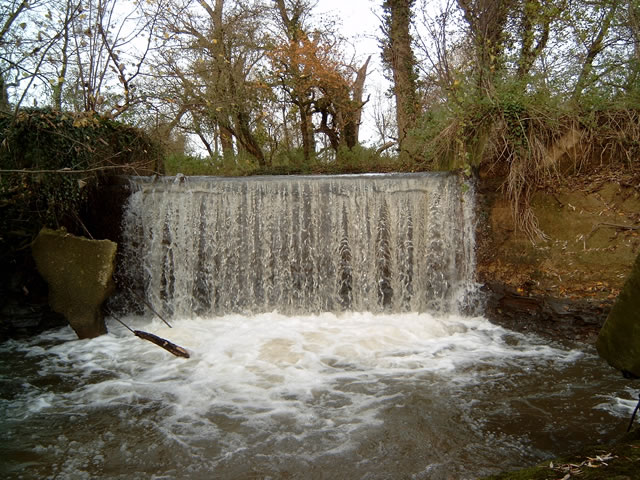