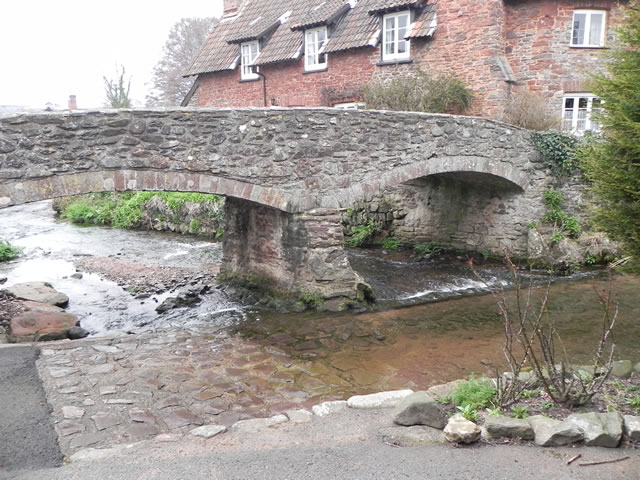 From the headwaters near Wootton Courtenay to its confluence with Horner Water the river travels a distance of approximately 4.5 miles