Doniford Stream is formed by head waters that rise in the Quantocks at Triscombe and Crowcombe and join at Flaxpool. Just north of Flaxpool the stream is joined by tributary streams from the Brendon Hills. It then flows in a north westerly direction to Kingswood where a tributary stream joins from Thorncombe Hill. The stream continues in a north Westerly direction through Sampford Brett and to the east of Williton. North of Williton it is joined by a tributary stream that rises in the hills above Monksilver before ending its journey at Doniford where it joins the Bristol Channel. From Doniford bridge to the mouth the stream is also known as The Swill. 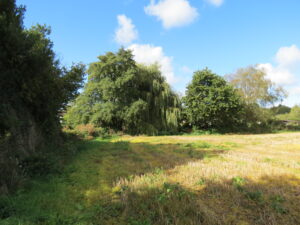